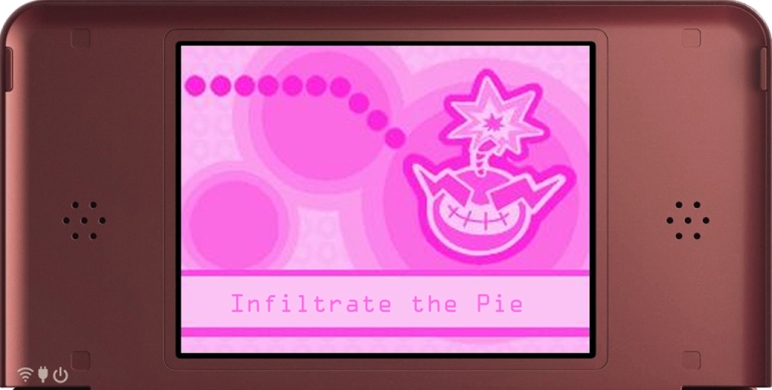 I remember being impressed with WarioWare, inc.: Mega MicroGame$! the first time I saw it. It was in the means of a flash game advertisement and/or competition. It’s hard to remember exactly what it was but it made me want the game.

I enjoy all the WarioWare games but the one I played the least is the one I feel I should have played more than any other, WarioWare D.I.Y.

When Super Mario Make was just a pipe dream in every Nintendo fanboy’s eye, D.I.Y. gave us the tools to make our own microgames. See what I did there? Mario Maker… Pipe Dream… *cough*.

Sure it was a little flawed and missing some key functions and mechanics, but it still made it possible for the creativity to flow. And here I am now to showcase the twelve, count ’em, twelve microgames I actually finished making.

Before we get started I’d like to let you know how I came across my copy of the game. In April of 2010 Kotaku Australia ran a competition for Splinter Cell: Conviction. I don’t recall the prize, I assume it was a copy of the game. A quick google search just now and I discovered the prize was actually A Splinter Cell: Conviction Xbox 360 console bundle. To enter you had to have a real world photo with the stylised Conviction writing on walls, along with the Kotaku logo. This was my entry:

There’s a serious American Pie connotation going on there. Naturally I didn’t win.

Fast forward a month. May 2010. About three years before I started gracing the news pages of www.vooks.net, the website ran a competition to win a copy of D.I.Y. You had to draw a microgame you would like to make. I figured “Why do something new?” This was my entry: 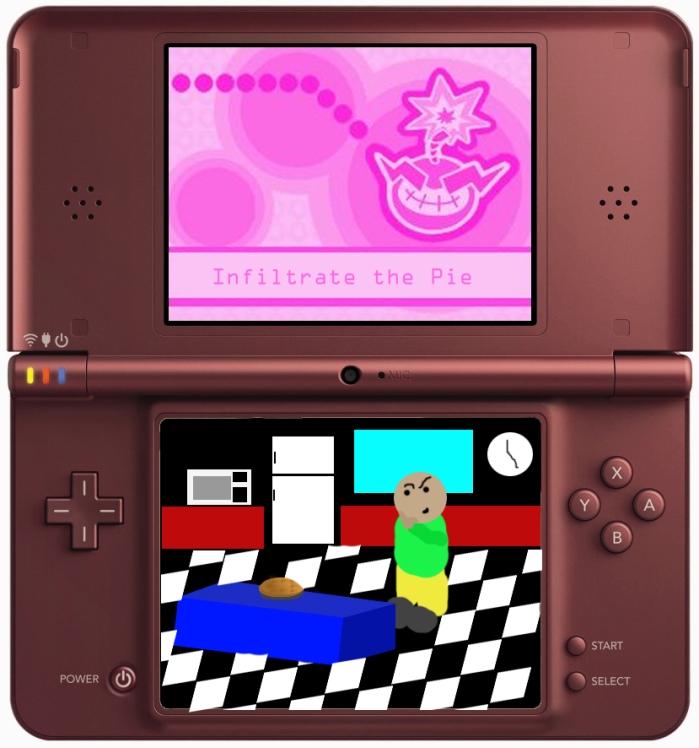 BOOM! Pulled in the win! Naturally this was the first microgame I made. So let’s get things started with that.

NSFW. Ah, c’mon. You knew it was coming.

The game is called Infiltrate. The description says “Infiltrate the pie”. Without much more guidance than that you have to work out you gotta tap on the sickly yellow looking dude. He then proceeds to spice… things… up… Get it? Spice. Like apple pie? No? Don’t ask how the physics or biology of this works. It looks more like a meerkat popping out of the crust rather than it being magically pierced from below. Through the counter-top no less. It’s not a bad representation of my initial visualisation at least.

This one is called The D. In hindsight I guess the previous one could have been called the same thing. Never mind. After all, this microgame is inspired by The Greatest Band in the World, Tenacious D. The description states “How to name a band” and just like in the movie The Pick of Destiny, you gotta make the butts touch! A quick tap on each and the D Angels appear. I also tried to recreate the musical masterpiece ‘The History of Tenacious D”. As the game gets harder and faster the music sounds better.

Here’s another microgame inspired by an amazing movie. It’s called Shaun, for obvious reasons that don’t need an explanation. I’ll explain it anyway. The movie is Shaun of the Dead and it’s from a pivotal scene in the movie where Shaun and Ed realise that the zombie apocalypse is at hand. They fend off the trespassing zombies with some records. The description says “Help Shaun clear the garden”. You have to time the tap when the hand is in line with a zombie to hit it with the vinyl disc. The zombies also randomly appear in different positions each time.

I’m rather proud of how this one looks. I tried to match it with the scene from the movie where I could from memory. I just reversed the shot and had the zombies near the shed instead of the titular hero and his best mate. 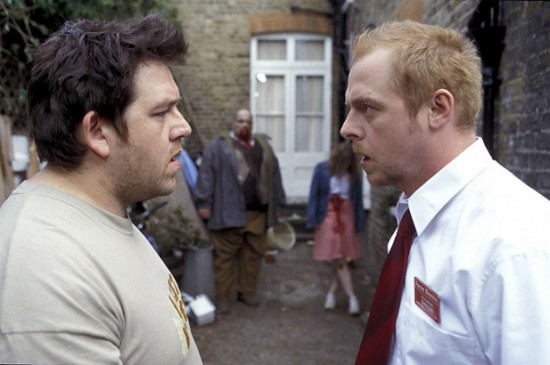 This next one is based on a true story. It’s called Cluster and the goal is to ‘Hire a manager’.

It’s a touching tale about how a co-worker told the story, about how he told the story of the events depicted in the game to our bosses. The idea is to watch for the poop… I think that’s enough said about that.

The hardest part about this one was trying to think of two words that start with C and end with S, while still trying to make it funny. It’s called cactus, and isn’t a swearing cat just plain old funny?

The beautiful, beautiful butterfly starts to flutter about to reveal the whole word and you then need to tap the spikey plant or sweary kitty to match.

In Kill Randolph the goal is simple. You have to kill The Randolph. There’s a story here. I don’t quite remember it though. What I do remember is that I did not like Randolph. He is a real person who I never met in the flesh. I did speak to him several time on the phone and for some reason he always didn’t believe that I believed who he was.

All you need to do is tap the vampire to set off a chain of events. Mr. Vampire scares the driver in the car, who crashes into the wrecking ball. That wakes up the dog that alerts ball-cap guy who then precedes to stab Randolph multiple times.

This is another microgame based in reality. It guest stars the ever loyal team at GAME Joondalup, may it rest in peace. Chibi was one of the casual employees, yet still a valued worker. For some reason the ongoing joke was that I should fire him.

When you tap the big red button the redundancy kicks in and Chibi is both literally and figuratively fired. Then Money and Poopi appear with the joy of which only the pain of another can bring.

This one is pretty straight forward. Strike the pole with lightning to electrocute the idiot who thinks it’s a great idea to be outside during a thunderstorm. The thing I like most about this game is the random lightning strikes in the background.

I have no idea what inspired me to make Bubblepillar. Maybe I was thinking about the book The Very Hungry Caterpillar. Or The Human Centipede. Maybe a mixture of the two. I have no clue. Basically don’t poke the caterpillar, whose body segments look identical to some oddly floating bubbles that are front of it. And for some reason the bubbles just float away if you do poke him in the abdomen. Or thorax… Or whatever it is. I don’t know bugs.

Kill N*¡¿@n! is, once again, a game based in reality. There was a guy who used to come into my store that was extremely annoying. Like, I want to kill myself annoying. We used to assume that he was so weird because his mother was a druggie that died during childbirth. Years later I’d find out that was actually true. Who’da guessed it. Well we did….

All you need to do is use the weapon suggested to kill the digital doppelganger of the said annoying person. Also the sound effect of the chainsaw was created by accident. I glitched the game to make the gun sound repeat constantly.

Hello girls and boys, welcome to Playschool! Today we have a very special game for you to play. All you need to do is spell out the animal you see on the screen. Is it a cat or a dog? Don’t worry if you make a mistake, you get a chance to fix it. Just the one though. Can you spell out the animal name to wake it up?

This is the last microgame I created. It’s called Lion Free and will propbably remain my final design. I’ve considered making more now that I’ve been playing it a bit, but frankly I can’t really remember what to do. I would need to go through all the training stages again and I can’t be bothered.

I like to think I made this as a stylised choice of graphics to be black and white, but frankly, it was probably just laziness. When the hunters pop up you have just a few moments to fry them with your laser eyes, otherwise it’s bye-bye lion.

That’s it. That’s my twelve microgames. It’s a shame no-one else gets to play them. If you had WarioWare: D.I.Y. you should share your creations. I’d like to see them.