Hello. Some time has passed. A week in fact. You could say I’ve done a lot since we last spoke but you could also say I did very little. As you know. My name is Jiggly and I am the mayor of Meowland. If you recall, last week I went on an adventure. Someone named Cerviche visited me and I went and visited him. I didn’t know if it was real though. I was having a bad time and was quite lonely so was it just a creation in my mind? I didn’t know.

I went about my usual business in Meowland, even though I couldn’t shake the feeling of the unknown. You could say that I got a few fortune cookies.

As you can see I had trouble nailing down a look that I liked. At one point I obtained a Frog Hat and a Big Bro nose and mustache.

Yes… The perfect thing to look like a frog. If a frog had four eyes. With the Big Bro get up I looked more like I was in the frog suit from Super Mario Bros. 3. I liked It.

I felt as though I needed to get in touch with my amphibious brothers.

I even spotted an interesting thing at the Nookling’s Store…

I have no idea what a frog-woman pole is but it disturbed me.

I also ended up wearing some clothes that made me look a part of The Village People.

As you can see, the trap setting son of a bitch is still causing havoc in my town.

I missed out on a few thing due to my lack of enthusiasm. I had felt confused and deflated after the adventure with Cerviche. The fortune teller came to town and I was too late to get my future read.

Pffft. I didn’t care. I don’t believe in that crap anyway. I also missed the building of a new store above the tailor. Meh. I guess that happens when you don’t go to work when you’re the mayor.

When the place opened I discovered that it was a hairdressers. How interesting.

I plonked down into the chair and decided to get done over. Boy did I get done over… If I didn’t look gay before…

I was smiling, but trust me, I wasn’t happy.

I also missed the grand opening of the latest iteration of the Nookling’s store Super T&T. When I did finally get around to checking it out, I was puzzled to see that there was a rack of shopping trolleys. There were more trolleys than residents in the village.

I also missed the opening of Club LOL, the local night club.

It was Saturday Night after 8:00pm and there was a dog names K.K. Slider playing some original songs. He also gave it away free during the night.

I also managed to catch some animals. Most impressive was this beast.

Did I mention that the trap setting son of a bitch is still at large?

I decided I should investigate some more into this, so I approached my number one suspect, Boone. Well in this case She-Boone. I asked outright if either of his alter-egos, male or female, had been setting the traps around town. I told She-Boone about the time I saw him digging holes just before I was hit over the head.

I believed her. The raw emotion was too genuine to be a lie.

I finished some public works projects too. The bridge was finished and a place called the dream suite was also built. I also started the Reset Center that Mr. Resetti requested. There were a few celebrations. 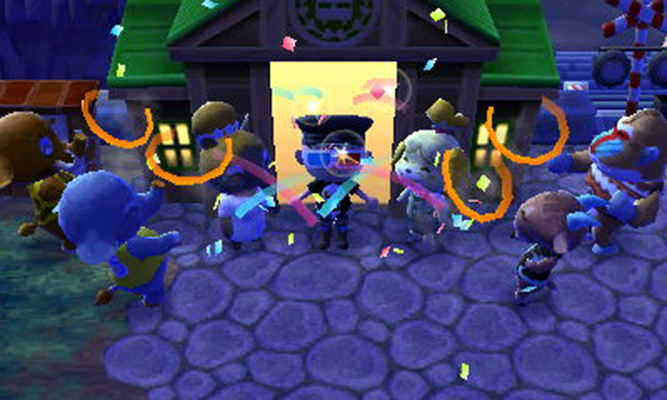 About half way through the week I decided to try and get back to the town of Fox to see if Cerviche did in fact exist. I hopped on a train and started the journey. 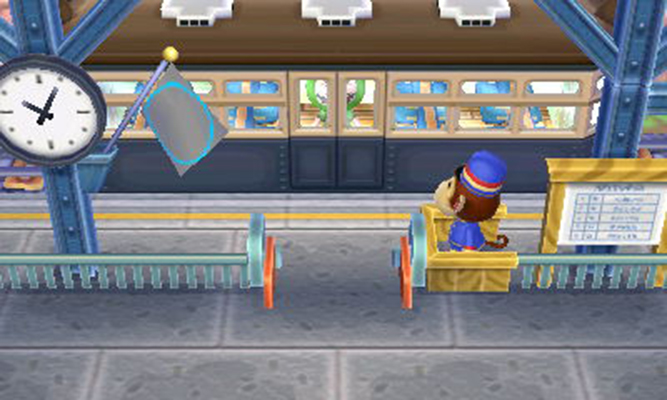 It was a long trip and I fell Asleep on the rocking train. When I finally awoke I was no longer on the train. I was in a strange place. 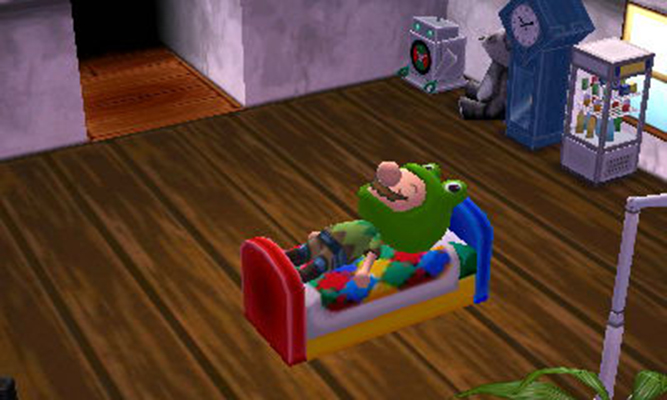 Suddenly Cerviche burst in the room. He screamed for me to get out of the bed. I jumped up and suddenly it exploded. Cerviche shouted and said that was fun. I asked why I was here and how did I actually get here. He began to tell me that When the train rolled in to Fox station, the monkey saw I was asleep and called him as he knew we were friends. Apparently he carried me here.

I took notice of some of the new furniture he had.

We went outside and had some fun. We played tag and hide and seek. I also bumped into a panda named Chow. He told me a harsh truth.

I felt bad and told Cerviche I should leave. He understood and I went home.

When I arrived I was feeling kinda down. I looked at my furniture and decided it needed to be rearranged. Then I saw My Raja B. Butterfly. It looked sad. I decided I should set it free. I walked out the front and let it go. I felt sad but was glad it was free once more. 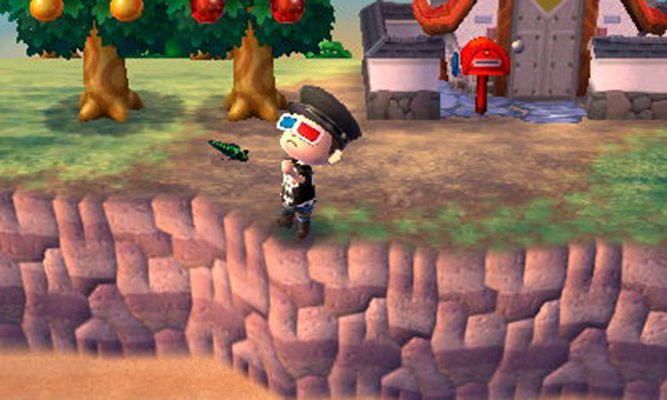 Make Sure You Read Animal Crossing Diary – A Month has Passed