Last night in my tent as I was falling in and out of sleep I had a nightmare. The Scary painting I purchased from that rip-off merchant fox was haunting me. It was angry that I had buried it on the beach never to be found again. It was perched on the wall of my new house and it wouldn’t go. I couldn’t get rid of it.

I woke up in a sweat tearing at an imaginary wall. I had to get that painting back otherwise I felt like it would plague me forever. I grabbed my shovel and ran down to the beach as fast as I could to the spot where it had been put beneath the sand. I started to dig like a mad man. It was if I could hear the painting’s beating heart, getting louder with every shovel full of the fine white powder. Finally I found it and the beating stopped. Silence. Nothing but the rain now.

I had no idea what I was going to do with it. I couldn’t donate it to the museum. I couldn’t bury it and there was no way in hell I was going to display it on my wall. Anyone who saw it would know instantly, if not even before from gossip, that it was a fake. I was not prepared to face that embarrassment. Not knowing what to do I decided to go to my office at Town Hall to work on the Town Development permit. As I was walking along, once again I suddenly felt the ground below my feet disappear. I couldn’t believe it. Again I had fallen victim to one of these traps. I was pissed.

I got to the office and fell back into my chair. My assistant, who’s name I can never remember… Possibly Lassie, came in with a cup of coffee. She mentioned something about hating this kind of weather. Frankly I prefer it. It gets all so depressing I can’t help but smile. I asked Lassie how the permit for the Town development was going. Now that I had the deposit down on my house my approval rating had jumped to 61% Not bad. These animals are pretty easy to please. I told Lassie to take the rest of the day off and I made my way back home. That’s right! back home! I had totally forgot my house was going to be ready today.

On the way home I bumped into my nemesis, Fang the wolf. We got to talking and he asked my opinion of the new shirt he had just purchased online. I told him it was okay but not great. He appreciated my honesty. He mentioned that he also bought a shirt for me as he figure we got off on the wrong foot. It was blue tie-dye. I liked it. Maybe I was wrong about Fang. I mentioned to him about the traps that had been set up amongst the town and he confided in me that he too had fallen victim. On that we parted ways and I continued towards my new house.

As promised, well contractually obligated, Nook had my new house built and ready to move into, complete with the blood red roof requested. This was to be my new base of covert operations.

I realised that my new, unwanted neighbour’s house was probably completed now too. I went next door to investigate. Inside was full of boxes and gnawing on one in the corner of the room was some kind of goaty creature. I tired to get it’s attention but it was focused in consuming this cardboard. When the box was gone the goaty creature stood up. It began to talk to me in some foreign dialect. I had no idea what it was talking about so I just shook it’s hoof, said “Vote Jiggly” and walked out.

Keeping an eye out for traps I wandered around for a while digging some holes. I found a few more fossils and took them to Blathers at the museum. The usual assessment followed by the usual donation. As I was leaving Blathers asked me if I had seen the aquarium yet. I hadn’t so I went in and took a look. There was nothing in there. I went back to Blathers and questioned him on this. He explained that this was his point exactly and asked me if I could try and catch some fish to donate. I figured I would help out as it was rather sad seeing this facility going to waste. 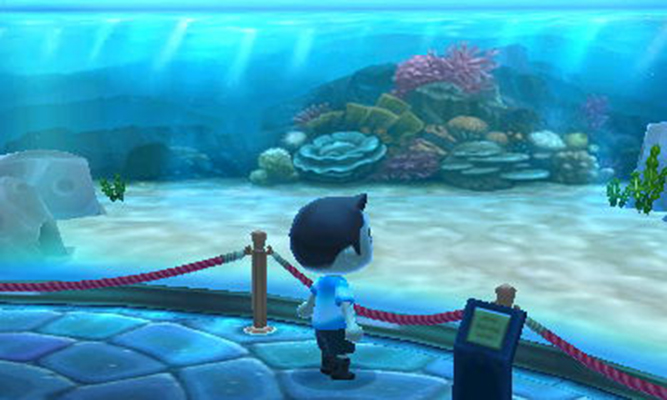 As I walked in the rain I figure I should get an umbrella. I stopped by the accessories store next to the tailor. They had a cool Gothic looking black umbrella with spiderweb print. I wanted it but I only had $80 to my name. It was $480. I have no source of income and no idea how I would scrape together the cash.

I cursed that bastard Fox for ripping me off and suddenly it hit me. I could sell the painting! I went to Re-Tail and spoke to the pink llama thing that ran the store. She thought it was great that I was selling such a rare item. Then she saw it was a fake. She said she couldn’t buy a fake. She offered to dispose of it for me. Well that’s the best offer I’ve had all day so why not. She took the painting and asked for the $100 disposal fee. In disbelief I told her I didn’t have $100. She appologised and gave me back the paining mentioning she can’t waive the fee. WHAT IS IT GOING TO TAKE TO GET RID OF THIS THING!

What a load of crap. I went to Nookling Junction to take my mind off things. The little Nookling greeted me and asked if I wanted my usual fortune cookie. I gave him 2 of my shiny coins and ate the treat. I read the message inside.

I proceeded to hand over my ticket and the raccoon gave me my prize. It was a 1-UP mushroom! All right! A second life is exactly what I need in my position of power. Anyone could make an attempt on my life and with all these traps around… Who knows when I will need it. I displayed it in my new house in front of a rainbow. It reminded me of Rainbow Ride from Super Mario 64.

I sat back and looked around my house. Rather small but it’s something. I thought about what had happened today and decided to write Fang a letter. I used the Camouflage stationary I bought a few days ago. It was recruitment time. I went to the post office to send the letter. Outside was Princess Leia. She called me over and asked me to reenact the final scene from Star Wars Ep. IV: A New Hope where everyone is getting awards at the big ceremony. I liked the idea and pretended my fishing rod was a light saber. 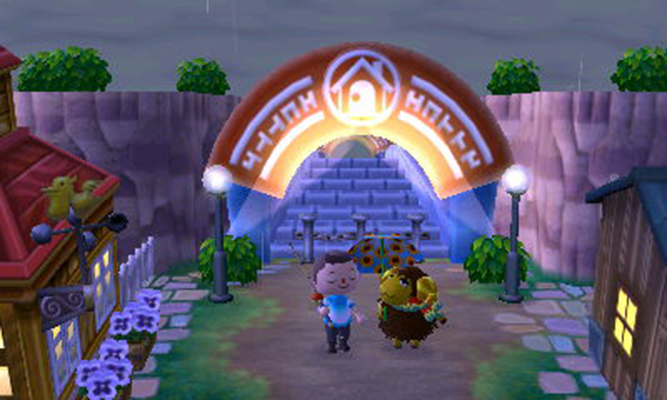 I thanked Leia and posted my letter. I look forward to Fang’s response