Trevor is funny but a little too crazy. He makes me want to run over cyclists. Franklin is okay. He’s no CJ, but he’s cool.

I spend most my time playing as Michael. He’s an ‘every man’ kinda guy. He’s relatable.

Just today he managed to get out of the sticks and back into his own home. He was miserable, living in a shitty trailer type thing with Trevor and his kidnapped, senior citizen girlfriend. He blamed his troubles on others yet sought out to fix them himself.

He finally makes it back to his home but is still miserable. Everything he sees makes him unhappy and reminds him of what he had. What he sees is shit. I wanted to give the guy a bit of a break. I went into Jimmy’s room. It was dark and dank. Video games around and band posters on the walls. Energy drink cans and chip packets in the floor. Things to remind me of how carefree things can be. How things used to be. I went to take a hit from Jimmy’s bong. Something to take the edge off you know? But no. I couldn’t find the damn thing.

This pissed me off a bit.

I continued into the kitchen and the place was a mess. The only thing of any relevance was a note on the fridge reminding me of my responsibilities and how I had screwed them up. I left the house.

I drove to Michael’s garage. There were some nice cars I forgot I even had. I chose something that looked fast and drove it to the mod shop. I wasn’t happy with what I had and wanted to change it. So I did. The best options possible. I had it the colors resprayed into something that reminded me of times past and how things used to be. Where those days better than they are now, or are they just so long ago that the time between gives a nice hazy view of what they actually were? 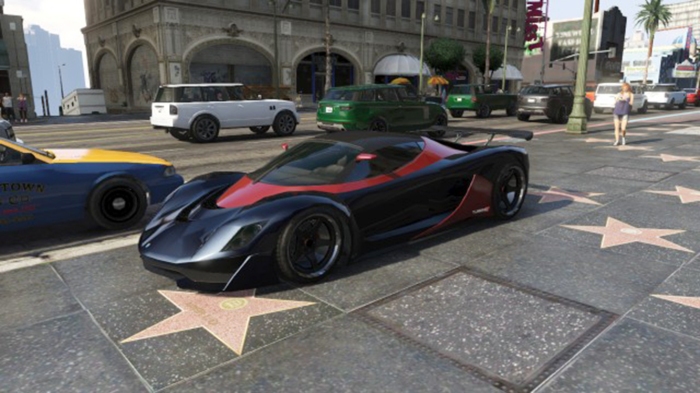 Regardless it didn’t make me feel any better. Sure I have some nice things, but what do they really matter to me? I parked the car in an alley. I threw a sticky bomb on it and walked away. I didn’t even turn back to look at the flames.

Maybe I needed a different kind of distraction.

I walked to the strip club, wearing my Hawaiian shirt. Luckily this wasn’t the classiest of places. I went straight up to the bar. Ten bucks for a drink. Not too bad. I downed five shots of whatever brown liquor was there and then I was cut off. Still fully aware of what was going on, just lacking motor skills, I stumbled into a guy sitting at a table. He yelled some abuse but I kept walking, down to the pit to see the show. 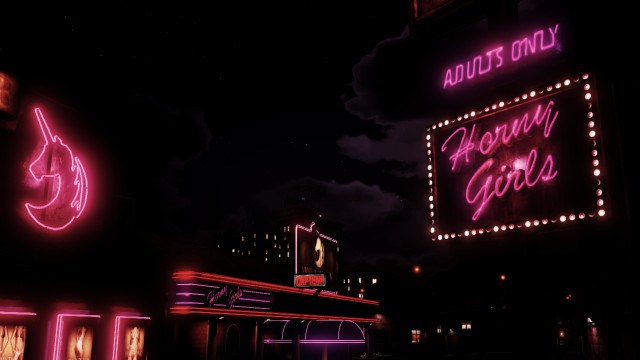 Before I got to see anything though, a goth looking chick approached me and asked if I wanted a private dance. Everything was still blurry. I followed her to a private room, well as private as much a half open curtain can make a room. I started to sober up quickly as she began to put on a show. She kept referring to herself as ‘goth’ but she wasn’t. Now that I could see clearly, she was just a chick with black dyed hair, pale skin and dark makeup. Goth enough by today’s standards I suppose.

What did it really matter? I was paying her $40 to do her thang.

I did the creepy thing and spoke to her. Told her how amazing she was and the like. You know, the kinda shit she’d wanna hear. The kinda shit that might make her wanna get out of here. Get outta here with me.

After spending $80 on her I suggested that she might wanna maybe, you know, go to her place. She said no and made some joke about despite her stripper name suggesting so, she wasn’t the type of girl to do that. She asked if I wanted another girl to join in on the show. Why the fuck not. Maybe she’ll want some fun.

I dropped another forty bucks and they began to do their, what seemed to be, pre-arranged routine.

Fuck this shit. I really didn’t care. They had no interest. Neither did I. They’re stripper’s for Christ’s sake. I left the ‘performance’ after about a minute, feeling disgusted that I wasted my money in there. It wasn’t even that. I have enough money to piss away. It was my time that I wasted. Not on the girls. On the whole god damned place. But really, I could have gone to see a movie and it would have been the same waste of time.

I started to make my way back home, but frankly didn’t feel like I could face it. Instead I went to a quiet street and tried to call my friends. I needed real social interaction, not just with those I work with or random strangers. No one answered their phones. Not surprising. I’m not the kind of person that others want to be around.

I didn’t know what to do. It started to rain. People walked past me and pulled out umbrellas. Cars kept on going. I though about the things I had to do. The things to try and make my life better. I just stood there and watched the world… Watched my life go by.

Fuck this. I’m playing as Franklin.