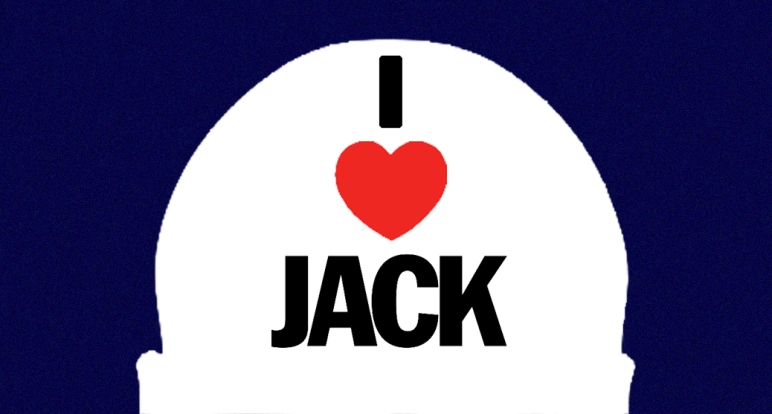 It wasn’t until the mid-to-late ’90s that I had semi-regular access to a PC. It was a rather big thing. Sure, I had used them at school and at friends’ places but this was a computer I could access more often. It was my grandparent’s computer, and frankly, I don’t really know why they bought it.

I remember my grandma (a.k.a. Nanna) telling us that she got it by calling a number on the back of a magazine advertising them for sale. When she called the SUPER AWESOME PERSONAL COMPUTER HOTLINE the salesman asked why she was buying it. Grammy told him it was so the younglings could play games on it. Mr Salesdude (actually, if you were to ask him at the time, he would say MISTER Salesdude is my dad, call me Geoff, or whatever his first name happened to be) asked, well wouldn’t a Playstation be better? When Nan-Nan told him that it would stay at her house and can be used for other things too it confused him a bit, as he thought it was for her children, birthed from her very own loins. At the time those particular children were in their late thirties to early forties. When he discovered the kids in question were, in fact, her grandchildren, he mentioned that she sounded younger on the phone. Looking back on it now I think Geoff was hitting on my Nan.

Anyway, Geoff probably does go by Mr Salesperson now, as this was about twenty years ago. It’s hard to say exactly how long as I don’t remember. I think that’s fair enough. But I could use logic and deduce a few things. First up it would have been between 1995 and 1998 as the operating system was Windows 95. I remember this because it had the Microsoft Plus! themes installed. More specifically, my personal favourite, Dangerous Creatures. Up until yesterday, I didn’t know themes were an add-on and not built into Windows 95. The more you know… 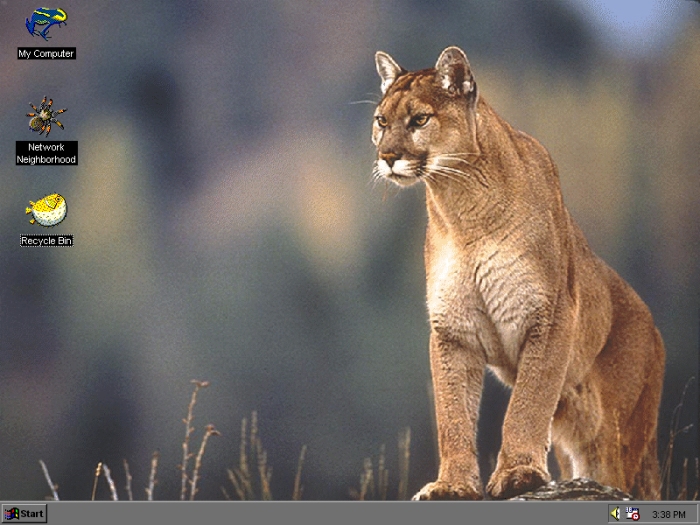 Why is the game 3D Ultra Pinball: Creep Night so important you ask? As usual, you’re on point and asking the right questions. Then again the mystery was only just posed, so boo to you. Irregardless of your asking, here is the reason. Included on the Creep Night installation disc were some demos of other games. Two of these demos introduced me to the world where high culture and pop culture collide!

They were You Don’t Know Jack Vol. 3 and You Don’t Know Jack Movies. The Irreverent Trivia Party Game! I just went ahead and checked the release date of these two games and it was 1997. That means so long as these demos were out before the game, then the year was 1997. Woo! Now I feel complete.

Even though I didn’t know it at the time, these were the first games to be hosted by Cookie Masterson, the completely fictitious MC voiced by Tom Gottlieb. Because he was my first, I guess it kind of helped make Cookie my favourite. Sure, I like Schmitty too, but you never forget who you lose your YDKJ virginity to. Or is it to whom you lose your virginity? I feel like there could be a grammar-based YDKJ question in there somewhere.

If this confuses you a bit it might be because the questions in YDKJ are weird. As the catchphrase suggests, they meld high culture and pop culture into a, most often times, irreverent question.

The demos only contained a handful of questions but my brothers and I still played it a whole heap of times. It got to the point where we started hitting out buzzers before Cookie got a chance to start asking the question. It blew our mind when Cookie refused to ask it because we were spamming the buzzer so much and demanded we type in the answer if we thought we knew it. I even remember the first time it happened. It was to this gem of a question:

From those very short demos, I became a Jack addict whose need for party trivia would not truly be satisfied until many years later. Many, many years. Being that I wasn’t a PC gamer, or owner,  and more of a Nintendo Fanboy, I couldn’t really tell you how big of a presence the YDKJ games had in the retail space in Australia in the mid-90s. What I can tell you is that around 2001, when my older brother was purchasing a computer for himself was the next time You Don’t Know Jack would enter my life.

Naturally, now that a PC was in the household, we would occasionally go to computer stores. It was always interesting to me because I didn’t really know anything about them. One time we were in such a store and I was looking in the games section. Lo and behold, sitting centre-shelf was a collection of YDKJ games! I can’t remember exactly what versions graced this ensemble but I think it was a three pack, maroonish in colour and could have contained YDKJ Movies. Sadly, as I was still a younger teen I didn’t have any cash of my own. I should have bugged my dad to buy it for me but I didn’t. Regretsville. By the time I had scrounged up enough money and revisited the store it was gone.

But Jack comes back. I don’t know how we stumbled upon it, or even how long it had been but Jack was reinserting itself into my timeline. It was some online version of YDKJ, possibly YDKJ the NetShow, but I think that requires an install and I remember this being in-browser. I have no Idea what it was and it would have been the early 2000s — I think. I also think it was hosted by Cookie and a new set of seven questions, including a Jack Attack at the end, was released every week. I also remember it ending shortly after we discovered it. My fleeting love leaves me once again.

Now more time has passed. I’m a little older, a little wiser. Possibly of an age where time becomes less and less meaningful. I say this because I have no freaking clue when it was. My internet sleuthing tells me it might have been around 2003 as Wikipedia says there was a physical release of YDKJ games then. The games were only available to purchase online and you’d get a shiny compact disc mailed to you, complete with jewel case and sleeve! I don’t recall why I never made the inter-web transaction. Maybe it wasn’t available to do in Australia. Whatever the reason, my heartstrings were being played again.

Alright. This next part I’ll admit — I feel bad about. The 2000s are now past us and we’re in the new decade. The start of an era where people say, to my detestment mind you, “twenty-ten or twenty twelve”. IT’s TWO-THOUSAND-TEN, TWO-THOUSAND-TWELVE! That aside, we were truly entering a digital age. In fact, I’m talking beyond 2006 here. I know this because I had ADSL internet. With the advancement of download speed and the increase of piracy… Well, my hunger for irreverent trivia outweighed my conscious. I obtained as many different YDKJ games as I could. Obtained them without the passing of currency.

You could say I was pretty excited to play these games. You could also say many of them would not install, let alone run on the newer operating systems of the day. Sure, some of the later titles worked fine, but others needed a bit of creativity. Using virtual machine software I installed an older version of windows. Windows 95, complete with Themes and Dangerous Creatures! Not really knowing how to use the software I finally worked out how to boot the ISOs in virtual drives and installed the games. They ran just how they are supposed to. I even went as far as copying the installed files from the Windows ’95 virtual install to the current operating system of the time. They ran mostly okay.

As the next few years rolled on and I changed computers I neglected to once again “obtain” the You Don’t Know Jack games. It seemed like more trouble than it was worth, and I liked Jellyvision. I wanted to support the makers of a damn fine video game series. It wasn’t until 2011 that I was able to do that. After a dark period of eight (8) years, a new retail game was coming our way! Complete with a new “everybody plays” mechanic, which frankly works much better than the old buzz in and answer format. The inclusion of Wrong Answer of the Day was also amazing and the new question intros are singalongable. I pretty sure that’s a word. 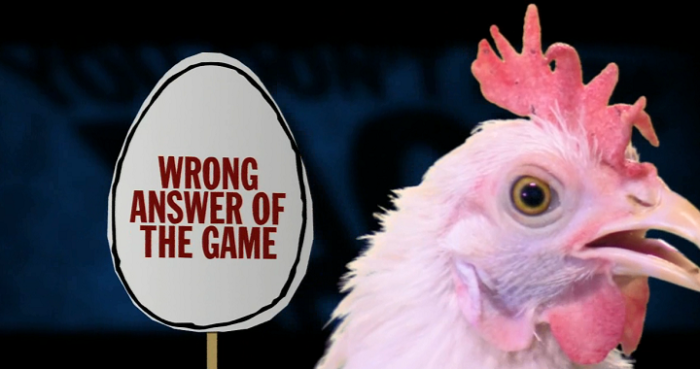 2011 also saw the release of YDKJ mobile on iOS. I gotta say, that game kept me busy on many a commute. It also made me look a damn fool multiple times to other train goers as I basically had fits of laughter. It was an onslaught of Jack. Jack that I could play where and when I wanted. Sadly the iOS game no longer exists.

Not so long after was the often updated Facebook version of YDKJ. Man… I tell ya, there’s nothing quite like being able to get a quick round in during your social media time. My one regret is not having enough of it. Sadly, this also had its life cut tragically short in 2015. Not to worry though! Something amazing happened a few years before it’s demise.

That’s right, all of the non-internet reliant YDKJ games from 1995 to 2003 found their way to Steam! Hot mamma, did I get them quick fast. I was able to legally have copies of these amazing games! And the would run mostly fine on Windows too. Sure, it’s best to set the screen resolution to 640×480 and many of the games have weird sound glitches that make the volume decrease when you pause the game, with no way to increase it again until the show is over, but they were here! I’ve even gotten to play some Jack games I never had before.

With new life and love breathed into an old series, Jellyvision rebranded their game studio to Jackbox Games and even started working on games other than YDKJ. Not to say we went Jackless with 2014’s Jackbox Party Pack. There was a whole new game in there. but the non-Jack games… They were the standout features. It’s possible that’s why for the last two Jackbox Party Packs they have been, well, Jackless.

People want new experiences and that’s what Jackbox games bring with each new instalment. Though there are some sequels and many new games, they all live and breathe as one, and go together like rabid monkeys and deadly viruses. They all bring you together with family and friends. even strangers and enemies. They also keep what’s core to the YDKJ series — They make it an experience. It’s not exactly like a game, but more of a conversation. It’s like the hosts are real and along for the ride with you. It helps suck you in.

Jackbox Party Pack 4 drops sometime next month and you could say I’m giddy. As someone wise once said:

Oh, I forgot to talk about the short-lived You Don’t Know Jack TV quiz show with Paul Reubens. That’s probably a good thing.