Hello, my name is Wayne Giovanazzi and welcome to my portfolio. I have included some selected works that I am proud of and some others to give you an idea of my skills. Works included are from either www.vooks.net, where I contribute as a Senior News Reporter and www.isuckatvideogames.com, my personal website.

Work from I Suck at Video Games

This is a piece I wrote in response to many articles being published by Australian media outlets in regards to an increase of video games being banned in Australia, and the factual inaccuracies and misleading information they contained.

Video game classifications is a subject that I care about and have a passion to defend and promote change when necessary.

In 2010 I also helped lead the charge in my local community for a petition to introduce an R18+ classification.

This is the second part in a series that I wrote about how working in a Video Game store ruined the adventure of getting a new video game. It includes personal stories and experiences about getting different games and consoles.

The following are some examples of news articles written for www.vooks.net.

The following are some examples of roundtable opinions on Nintendo events 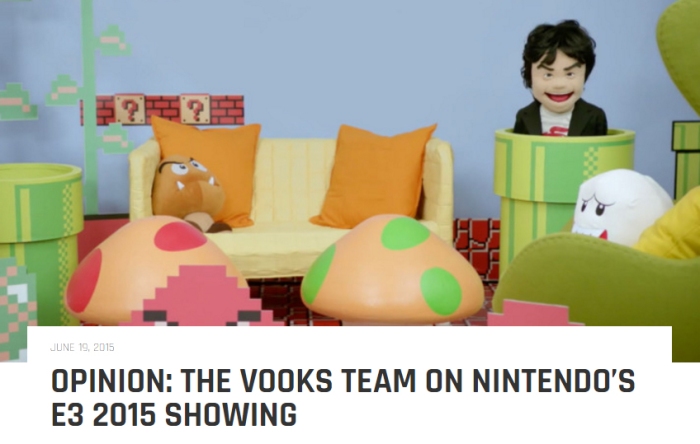 My contribution to this discussion is under “Wayne (@WayneGio) News Reporter”

My contribution to this discussion is under “Wayne Giovanazzi, Vooks News Team – That guy just stole something”

After E3 2016, this is a video showing off my favourite things presented in The Legend of Zelda: The Breath of the Wild. This is for http://www.isuckatvideogames.com

Another video for http://www.isuckatvideogames.com. This is the first episode for a series I never pursued, where I say why there is nothing better than a particular game. This episode is Super Mario Bros. 3.

This is the first episode of Super Mario Maker: Evolution of a Stage for http://www.vooks.net. It is a series I did which shows off the creation tools in the game and how your stage can change as you unlock more.

Before Splatoon for Wii U was released, Nintendo ran a special demo of the game called Global Testfire to give people a small taste. This video shows off some gameplay and what to expect when the game launched.